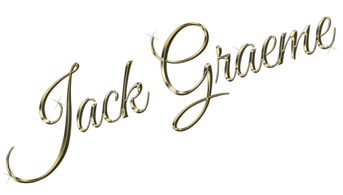 ​I love your CD with the Sinatra songs. I love your voice, there are many singers in the USA who try to sound like Sinatra, but you by FAR do the best of Sinatra.

Thank you so much for a lovely evening, we received some lovely feedback from the guests who said they thought you were brilliant!​

I write to offer my sincere thanks for the wonderful performance you gave at our Ladies Evening at Branston Pavilion. Everyone present has said that they enjoyed it immensely and that I am to look at securing your services again in the future. The way you portrayed Frank Sinatra, Dean Martin and Matt Monro was incredible and the atmosphere generated was very relaxed which is exactly what we wanted. I would have no hesitation in forwarding your name to anyone looking for an extremely entertaining evening.

Thank you once again

Thanks again for the entertainment last night. Excellent.

"One of the finest Sinatra voices you'll hear.."


I have a band which plays mainly charity gigs and we needed a strong male vocal for a couple of numbers. I’ve known Jack Graeme for many years and he gave me his demo CD. I was blown away!
Jack guested at a July gig with us and did a fantastic job. We augmented the set to include half a dozen swing numbers and standards with just a single run through for rehearsal.
Jack displayed a very professional approach. He knows his stuff – his timing, phrasing and delivery are exceptional. More to the point, he sounds utterly amazing.
During rehearsal, our client had to put the phone down and come to listen as Jack ran through “Born Free” during the sound check.  “Wow” was all she could say!
He accompanied the band again at a second gig in the autumn and again proved incredibly successful.
I highly recommend this artist.

We had the pleasure of having Jack Graeme perform for us the the Brickmakers Arms. When he started to sing it was absolutely fabulous! We had previously listened to a demo CD and couldn't believe what we were hearing and until he performed we were sceptical he would sound so good. It was amazing - what a voice! So much so that customers in the other bar asked for us to turn the volume up! We still have a poster on the wall as a continual recommendation.